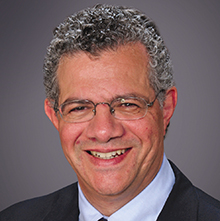 Walter Armstrong was a featured speaker at HealthSpaces ’16.

Prior to joining BIDMC, Mr. Armstrong served for eight years as Senior Vice President at CDM, a global environmental engineering and construction firm, where he headed the firm’s program management practice. From 1986-99, Mr. Armstrong’s career was dedicated to the cleanup of Boston Harbor, recognized as among the nation’s most polluted water bodies. Mr. Armstrong served progressively as the Deputy Director for Program Controls and the Deputy Director for Engineering before assuming lead responsibility for the project in 1992.

For his contributions to the Boston Harbor Project, the Engineering News Record named Mr. Armstrong as one of the “Top 25 Newsmakers” in 1996. The project itself was the recipient of 26 industry awards, including being named by the American Society of Civil Engineers as one of the top 40 civil engineering projects of the last 150 years, a distinction shared by renowned projects such as the Panama Canal, the Hoover Dam, the Brooklyn Bridge, and the New York City subway system.

Prior to moving to Boston in 1986, Mr. Armstrong spent the early part of his career working on public infrastructure projects in New York City.

Mr. Armstrong received a Master’s degree in City and Regional Planning from Cornell University in 1977. He also holds a Bachelor’s degree in Economics and English from Boston College, awarded in 1973.