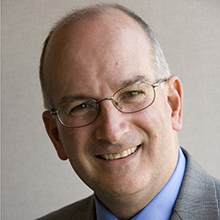 Kevin Mahoney was a featured speaker at HealthSpaces ’16.

Kevin Mahoney is the executive vice president and chief administrative officer of the University of Pennsylvania Health System (UPHS), vice dean for integrative services at the Perelman School of Medicine, and a co-director at the Penn Medicine Center for Health Care Innovation. Previously he served as the executive director of Phoenixville Hospital, executive director and chief operating officer at CCA and director of network development.

Prior to joining UPHS, Kevin was vice president for Johnson & Higgins, where he provided leadership to the Health Group, including business plan development and management of an extensive client base. He also served as vice president for administration for nine years at Bryn Mawr Hospital and as director of administrative services for episcopal hospital for three years.

A lifelong resident of the Philadelphia area, Kevin is actively involved in many community activities. He is an elected member of the Tredyffrin-Easttown School District School Board and currently serving as chair of the finance committee. Previously he was president and vice president of the board. He is also on the Board of the Economy League of Greater Philadelphia and is on the campaign cabinet at the United Way. He is passionate about youth sports, previously serving as president of the Malvern-Paoli Baseball Association and Devon-Strafford Little League. He has served on the Board of Directors at White Horse Village Retirement Community, the Phoenixville Community Health Foundation and the Delaware County Community College-Chester County