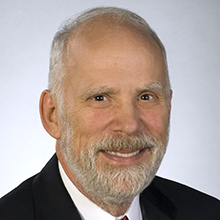 Jeffrey Kent was a featured speaker at HealthSpaces ’18.

Jeffrey Kent is Managing Director of Corporate Facilities for Enterprise Services at Nemours. As such, he is responsible for everything from real estate to design and construction for all of the Nemours facilities, which span several states. Recently, that has comprised more than $750 million in projects, including a new hospital in Orlando, Fla., and a large addition to a hospital in Wilmington, Del.

Prior to working at Nemours, Jeff was president at SwedishAmerican Real Estate Corporation, where he was responsible for all hospital and health system facility development, planning, design, and construction. In addition, he developed and executed a 132 million system-wide facility master plan.

As president of Mt. Air Design and Construction, Jeffrey led the health system through the strategic redevelopment and expansion of the hospital and bought and redeveloped a vacant 70,000-square-foot building into a high level medical office building.

Jeff also served as vice president, Division Manager Facility Services of Huntington Banks, where he reconfigured the systems and, in less than a year, reduced net overhead by 22% and increased customer satisfaction by 75%.

Originally from the Midwest, Jeff grew up in Columbus, Ohio, and earned his BA in architecture at Texas A&M University.